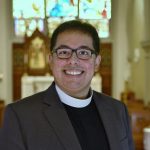 Unity and division are the often—but not always—unspoken subtext of life in the city of Pittsburgh. Even setting ecclesial division of the last decade aside, Western Pennsylvania is a study in unity finding a place in the midst of division. Layer sits upon layer. Neighborhoods rooted historically in language and nation of origin draw lines across a city that is divided in more expected ways. Like much of the country, it divides on issues of race, class, politics and a host of other topics. Yet despite all of that, the city and the region often stand as one. In the midst of trouble and tragedy, clear lines seem to blur. It is a dynamic that I’ve tried to wrap my head around for the last year and a half. So when I heard that this year’s theme was Unity and Division in the Missionary Church I knew that I had to make time to go.

The first presentation of the Gathering rooted our discussion in Jesus’ call for the church to be one as He and the Father are one. Subsequent presentations challenged and built upon the first. In turn, each of these presentations fed discussion. Conversations in table groups and over meals began to translate the call and aspiration of that initial presentation into the context of daily life. The discussions were wide-ranging, deep, and consistently hope-filled. And while these conversations were sometimes difficult, they were a joy to have.

Since leaving Lake Logan I have been chewing on two questions that emerged over the course of the Gathering. How do class divisions play out in the church and why do we seem to avoid that conversation? and what gifts can be found in division? I won’t claim to have made much progress in answering them, but I am looking forward to returning to them often over the next few months. In addition to those questions, I left the mountains of North Carolina with a couple of gifts that I’m beginning to realize are byproducts of each Gathering: renewed energy and new and deeper relationships with friends and colleagues.

In August, I participated in a program called Gathering of[...]

I had the privilege to participate at the Gathering of[...]